Over the last three rainy seasons the subject Reservoir slope and hiking trail had been severely compromised due to heavy rainfall. The damage to the surrounding area consisted of loose soils that had slid down the upper slope onto the 10’ wide hiking trail, as well as creating a massive rut that ran down the upper slope across the trail and down the extremely steep lower slope. The lower slope rut was filled with loose soils and debris culminating from the wind and rain of previous years . E&E brushed and grubbed approximately 22,000 square feet of existing upper and lower slope areas and prepared the site for repair. E&E removed more than 3,000 cubic yards of loose soils, 15 feet deep from the lower slope rut and filled with onsite barrow material, to existing grades, at 90% compaction. Following the lower slope repair, E&E removed over 6,000 cubic yards of back-buttress slope and keyway. Following the back-cut removal, E&E constructed a 270’ X 13’ Vedura wall, backfilling the area with over 2,000 tons of imported sand, installed back drains, and geogrid. On completion of the Vedura wall E&E continued to build the buttress slope to original top-of-slope grade, using previously excavated slope soil, tracking the face of slope to 90% compaction. 100’ of 18′ HDPE corrugated storm drain pipe was subsequently installed, followed by the excavation and installation of over 500’ of terrace and V-Ditch drains, plus three concrete spreader systems. When all of the grading and surface drainage work was completed, E&E installed 300 linear feet of wire reinforced silt fence and 1,400 linear feet of straw wattle on the lower and upper slope at 10 foot vertical intervals. The project was completed with the hydroseeding of just under an acre of disturbed slope.

This project was performed on extremely steep slopes and the operation of heavy equipment was the subject of highly focused discussion during every daily safety tailgate meeting. The conditions can be seen in the project video, featured in the video section of E&E’s ‘Projects’ page on its website. We also stood down for intermittent safety gatherings during operations to proactively assess and measure new potential hazards along the way.

In addition to the slopes, the entire project was situated within very tight work area requiring seamless task orchestration and phasing. This also meant the ingress and egress to the work area was very tight and required an adroit approach to the handling and import of sand fill.

Another issue that presented increased Health and Safety risks was the high volume pedestrian traffic and hikers. This required acute and constant reconnaissance throughout the work zone and beyond the perimeter while retaining the ability for all personnel to move quickly to politely apprehend any onlookers that may have drifted too close to ongoing operations or unsafe locations. As is often the case with high visibility projects and where the public attempts to initiate interaction, E&E treated each apprehension with professionalism and respect, while also protecting client confidentiality and the safety of the public and the construction teams.

The buttress slope work was so close to the existing reservoir that the water district had to lower the water level to one-third capacity to ensure that there would not be an unsafe work condition, all while keeping the reservoir fully active the entire time. 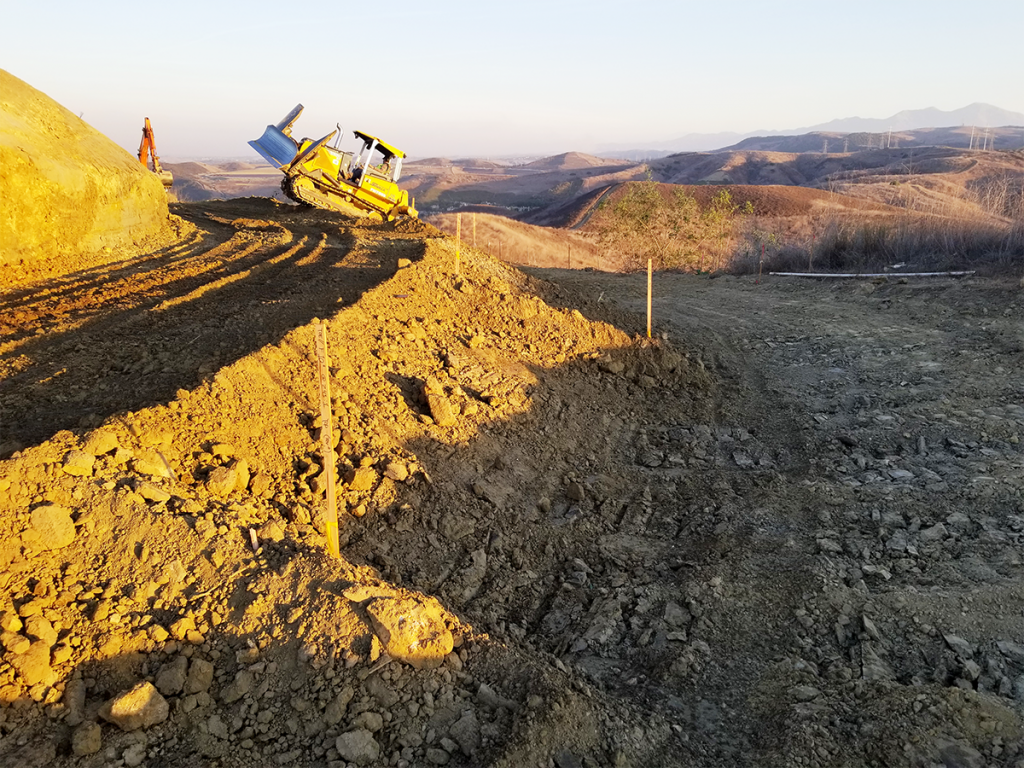 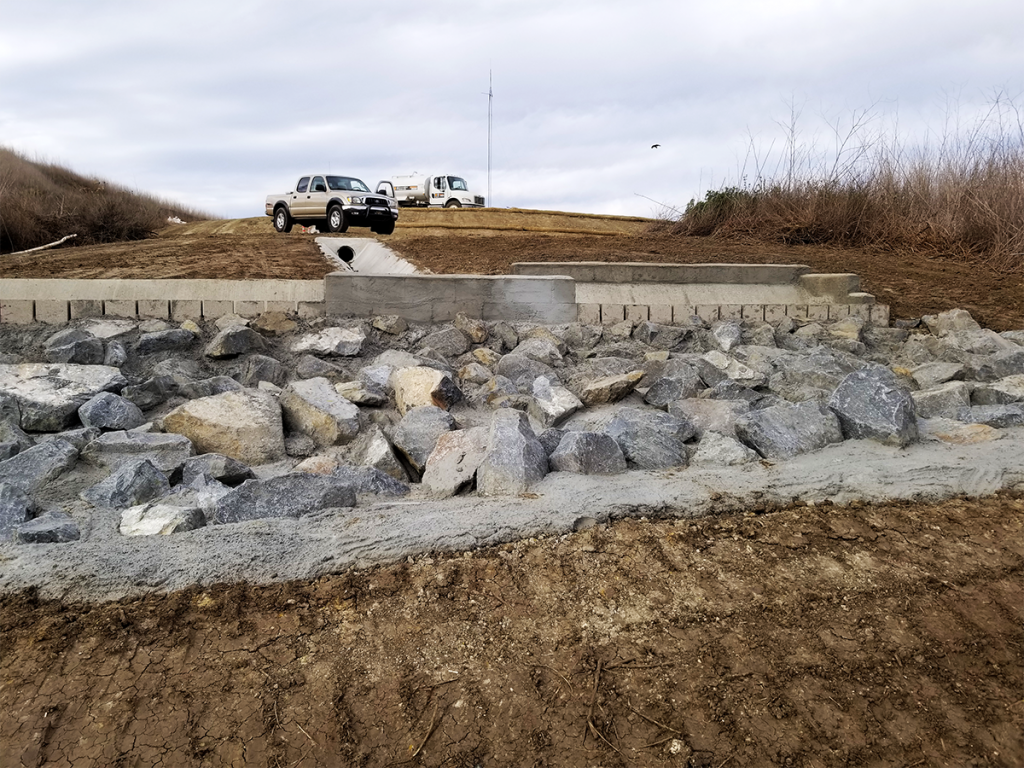 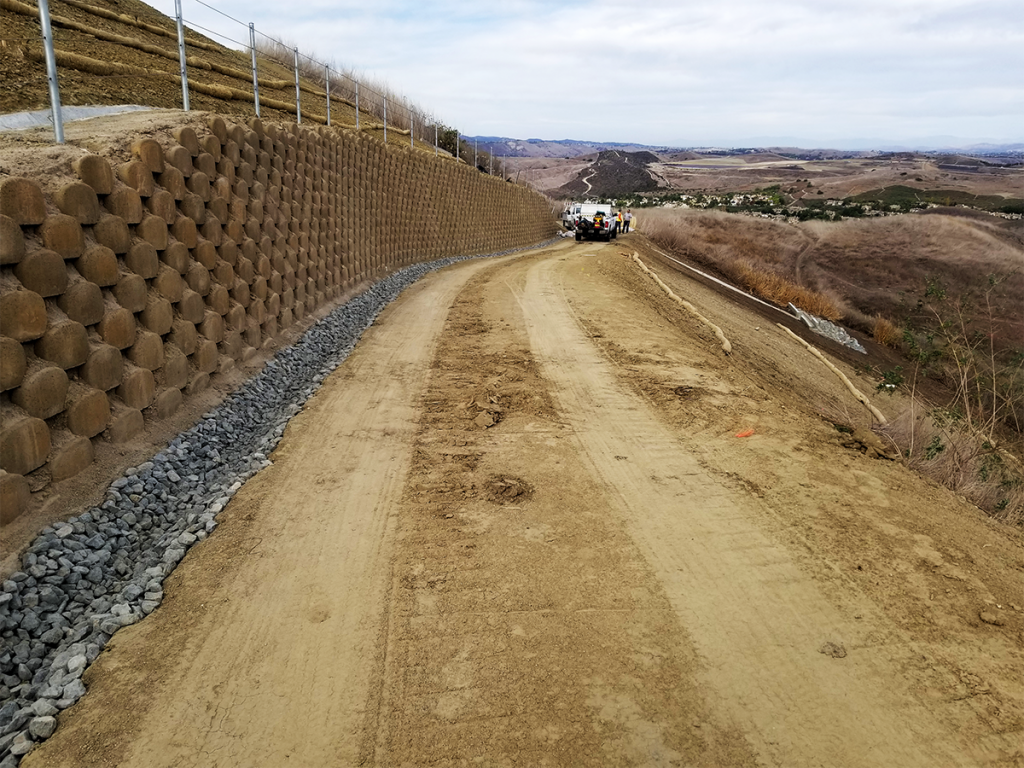 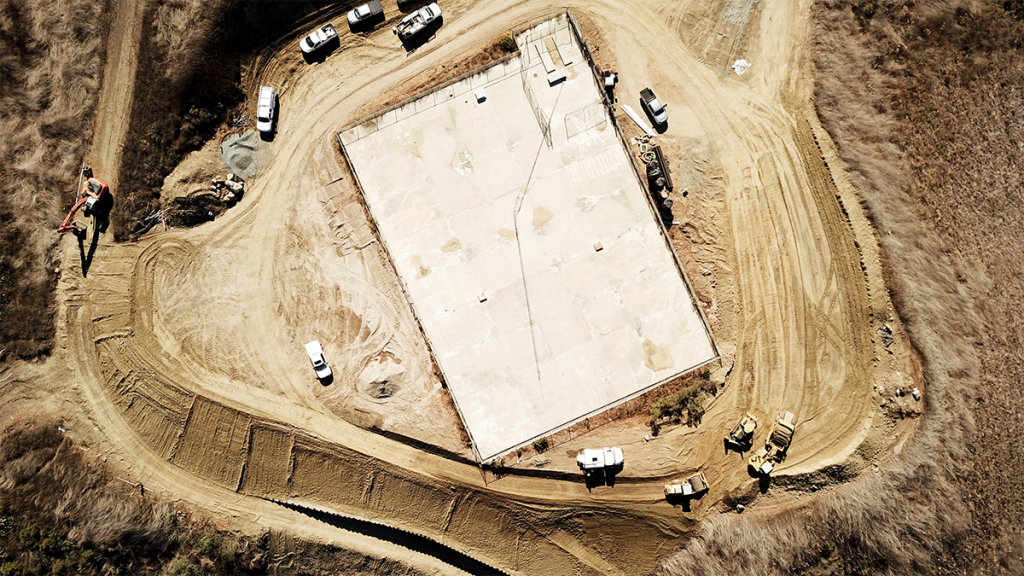 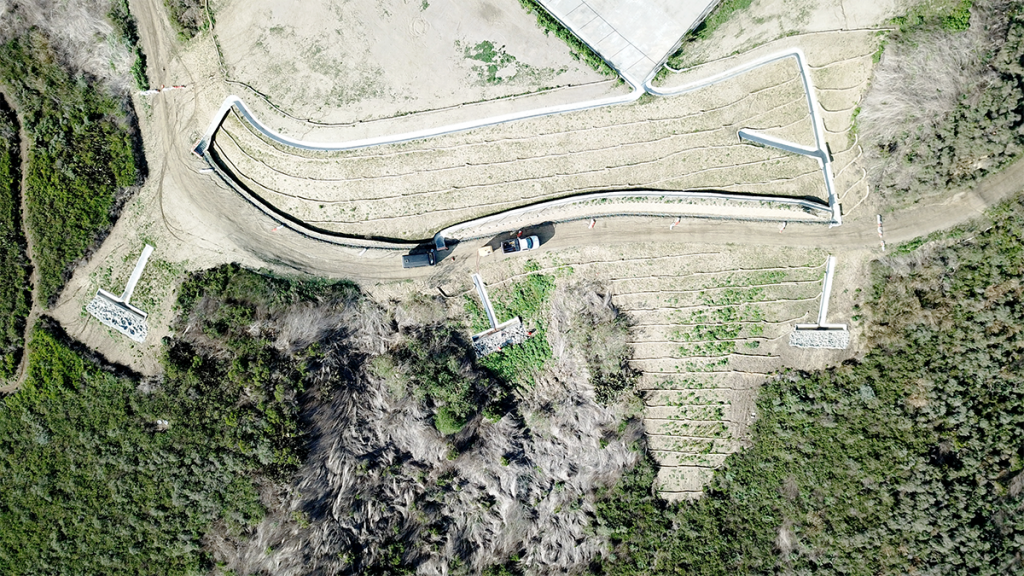 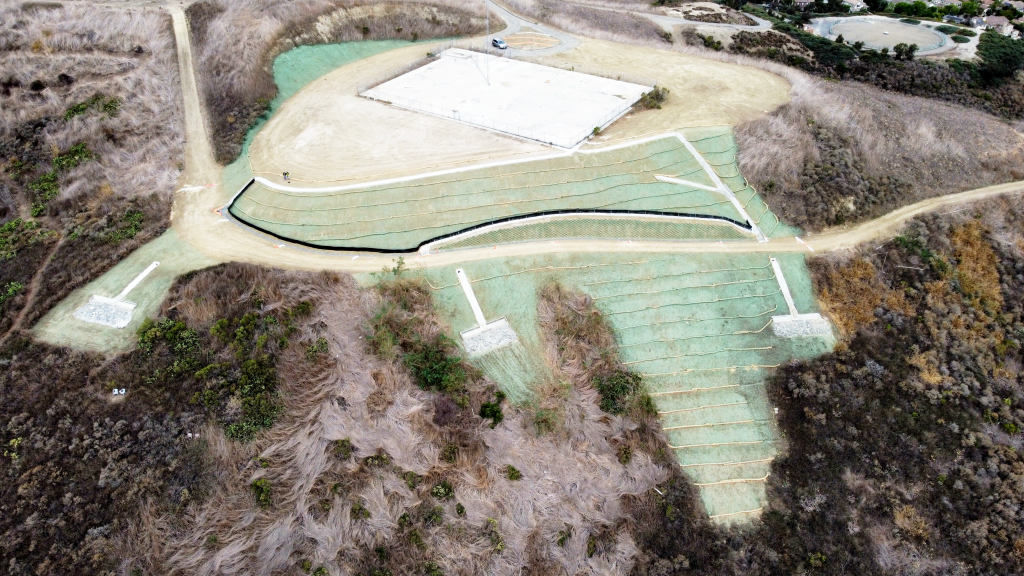 Back to Projects
Go to Top