Even with the unusually high proportion of unknowns that were discovered on this job, E&E was able to take them in its stride and minimize schedule creep. The VOC soils were quickly and efficiently excavated under E&E’s various locations permit and disposed of accordingly. The trucking distribution centers could not afford down time therefore E&E worked very closely with the City and the distribution centers to formulate construction schedules and phasing that allowed uninterrupted operations for all involved, including performing approximately 25% of the project at night. As a result, E&E received high compliments from both distribution centers. 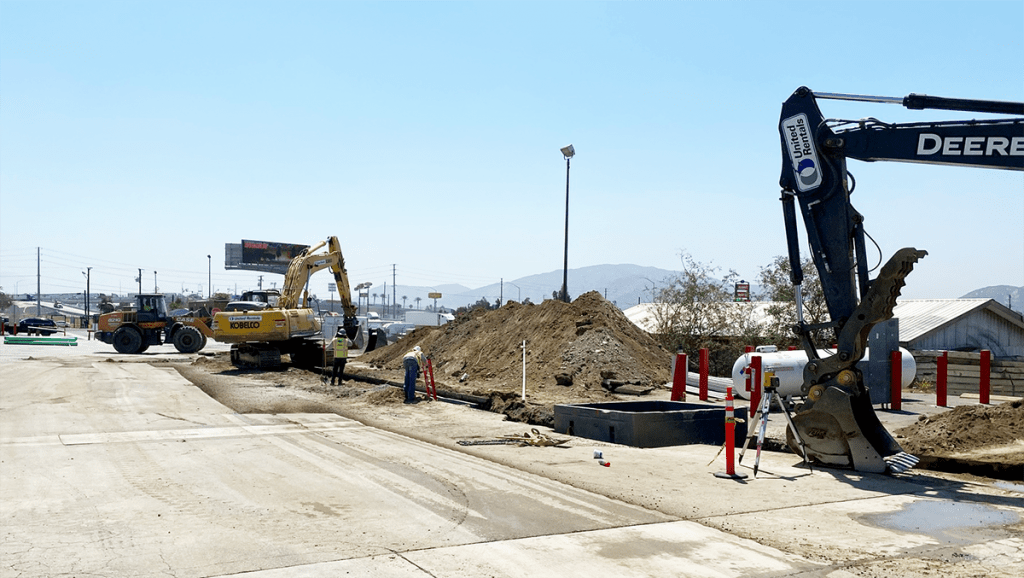 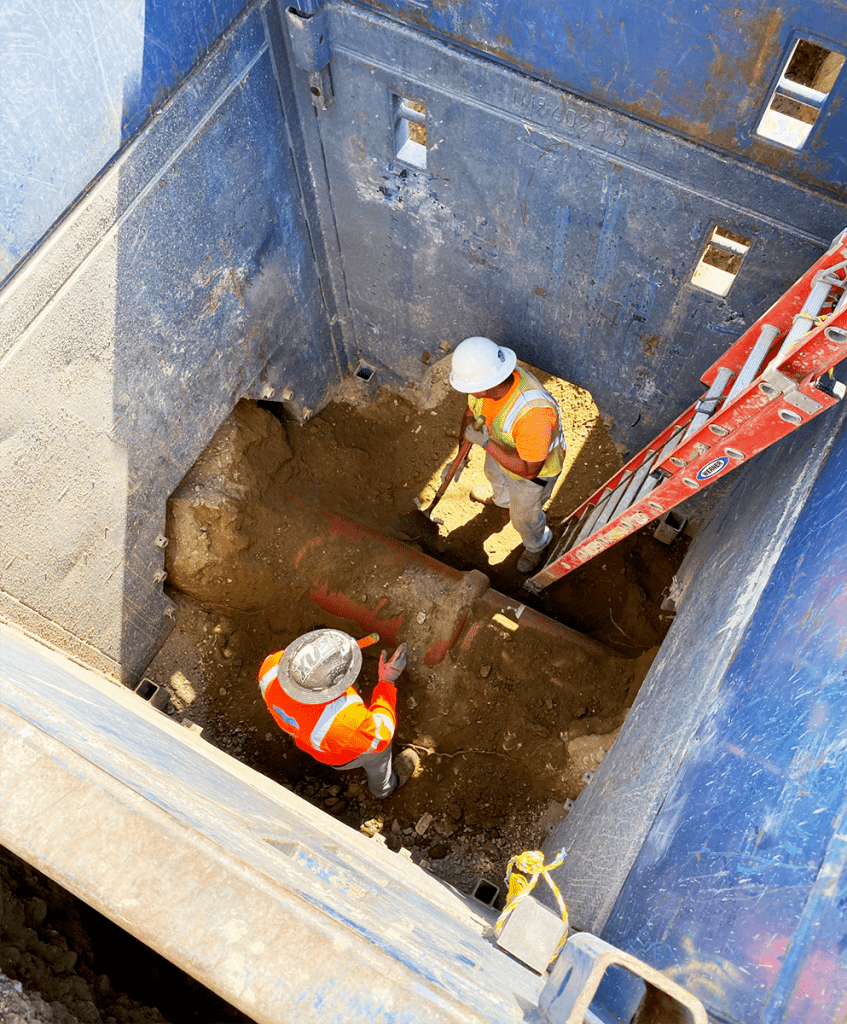 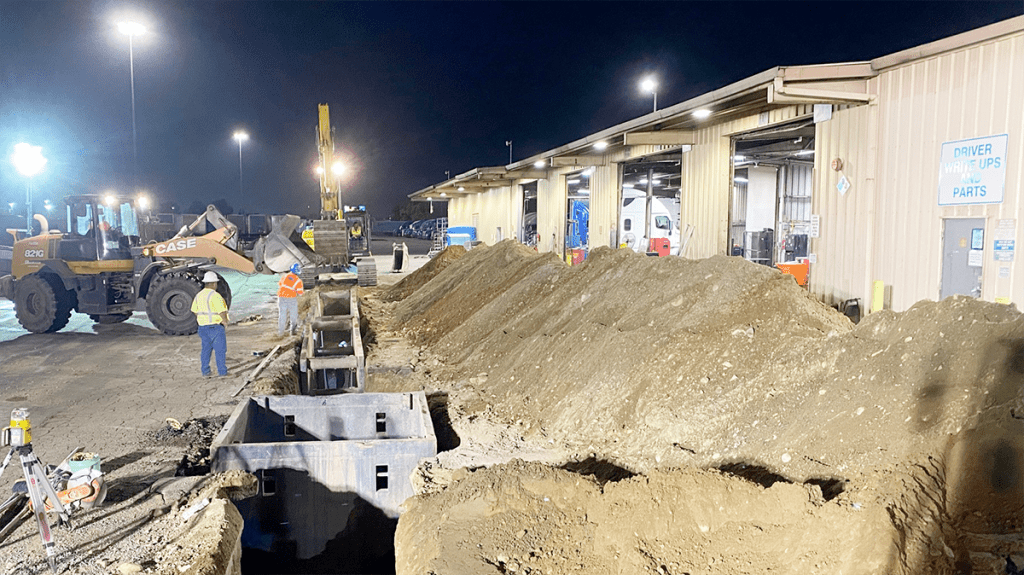