The purpose of this project was to control water runoff that moves from the North East side of an active airport facility, formerly a landfill to the North West side of the property. In the past with unusual amounts of rainfall, the Maintenance building located on the north west side of the property would flood with at least 6” to 8” of water. The cause of the flooding was from a small basin with an inlet which was too small to cope with the amount of water runoff. The problem was compounded by the pump inside the inlet no longer working. E&E was tasked with removing the grass and the inlet along with the pump, and then regrade the basin to a new elevation. In conjunction with the basin work, E&E demolished a large 10” thick concrete parking area that had developed depressions due to landfill settling that would pool with rainwater. After the parking area was demolished, E&E imported 200 Tons of class 2 Base and re-graded the parking area to newly designed elevations that created a swale, designed to direct water into the new Basin. After the regrading of the parking area, a 6” thick asphalt coating was installed over the new parking area grades.  In addition, E&E laid down approximately 200 feet of new, asphalt curbing along an access road to prevent road flooding.  E&E then installed three separate runs of 100’ long 18” HDPE Storm Drain Pipe to drain the water out of the basin and into the open grass area to the west. After installation of the Storm Drain Pipe, E&E installed 200 Tons of 9” minus Riprap in the new basin. To prevent the runoff from the North east part of the property, E&E imported 500 yards of fill soil to build a 1’ high 8’ wide earthen berm that would run about 400 feet along the south eastern side of the AC Parking lot. After building the berm E&E installed 4” of topsoil onto the berm as well as raking and Hydroseeding all the areas that had grass removed.

The surface of the entire Airfield area is built with removable tiles. 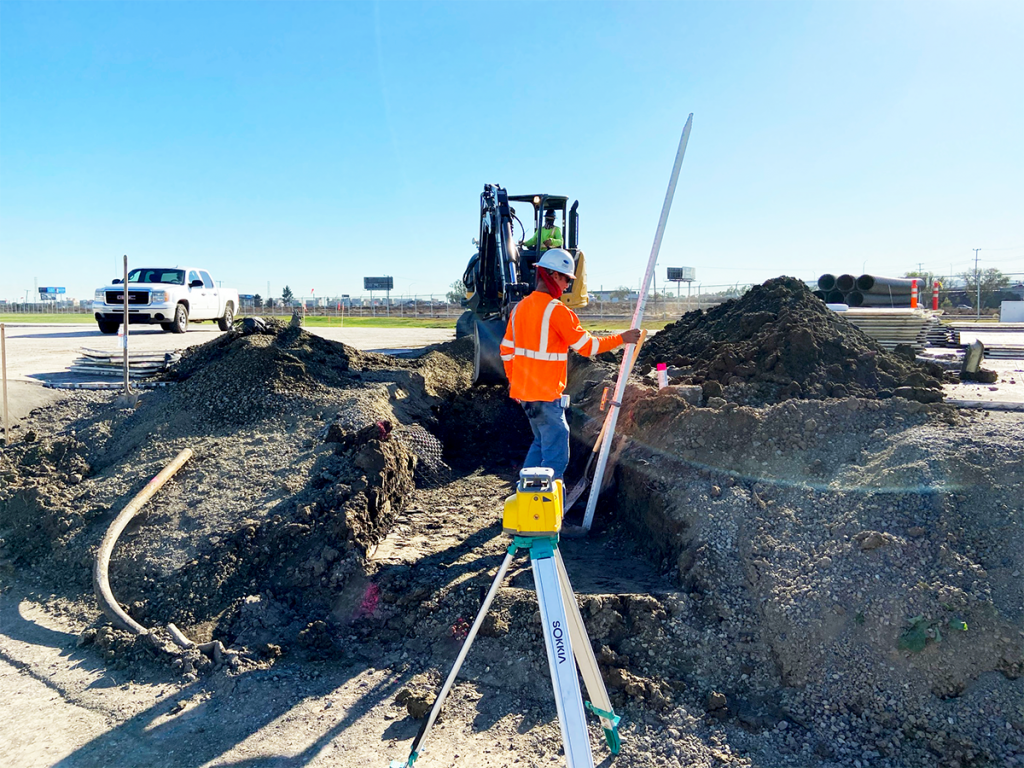 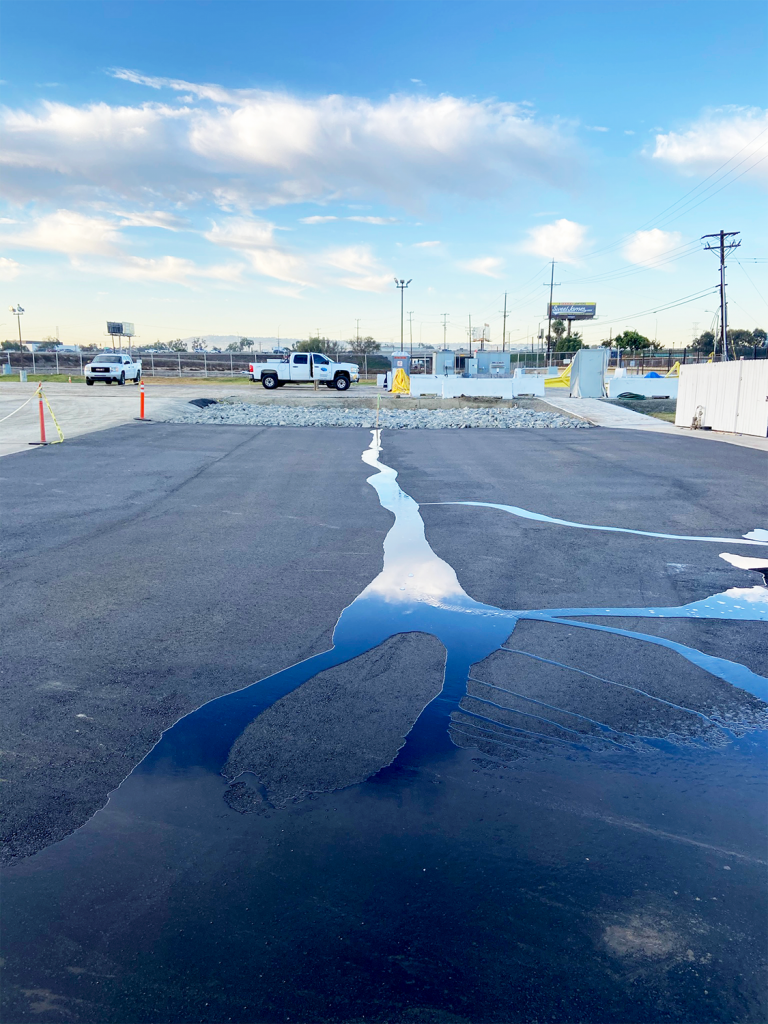